Introduction to an overview of the archaeology of Mendip caves and karst (see top right of page).

The Mendip Hills are a dominant topographic feature comprising a high steep-sided plateau that stretches from north-west to south-east diagonally across much of the northern region of Somerset (Green and Welch, 1965).  The hills are formed predominately of limestone and located within this landscape are numerous caves and other karstic features. Caves are ancient features that appear in many shapes and forms, and a number of them have been used as natural shelters for humans throughout time ranging from the Palaeolithic through to the modern era. They have provided an opportunity for a diverse range of other functions, be it domestic, economic, or ritual and funerary. Many of the caves are multi-period sites being used for different purposes at different times and this variety of use has resulted in some caves becoming filled with sediments over time. The materials brought in by human occupants have formed a stratified deposit that might include lithics, bones, pottery, evidence of metalworking, charcoal from hearths and food refuse. Archaeology is the study of peoples, past and present, through their material remains and the Mendip caves represent important archaeological resources given the often abundant and varied materials that have been deposited in them, in particular by prehistoric peoples. Some of the cave-based resources within the Mendip Hills are not only of national, but of wider European importance and have a major role in the story of the human occupation of Britain and the subsequent settlement of the land, helping us to better understand how people in the past lived.

This overview puts forwards some suggested reasons why caves might have been utilised, what occurred during this usage for a range of activities and a description of the evidence that has been found to support this is given. It draws on data from a number of sources including written works, online databases and other electronic media to build a timeline of the human use of Mendip caves, the information is presented in text and tables.

A brief introduction to some of the notable cavers and cave archaeologists involved in the excavation and exploration of Mendip caves is included; these provide a continuity of archaeological fieldwork from the 19th century through to the 21st century.  There are many more fieldworkers and authors that have made important contributions, as reflected in the archaeological record that is currently available.

Using a variety of sources a more detailed description of individual Mendip caves and other karst sites has been compiled. This focuses on the archaeological interest that caves and karstic features might contain and where there is archaeological potential for those sites not yet investigated; the listing is not exhaustive and it is intended that the data be updated as necessary, as and when more sites and information comes to light.

In the bibliography, as well as the usual listings of publications used, there are a number of links to a range of available information sources, there may well be others not accessed for the purposes of this overview.

For more info try these links:

Simmonds, V. 2014. An overview of the archaeology of Mendip caves and karst. 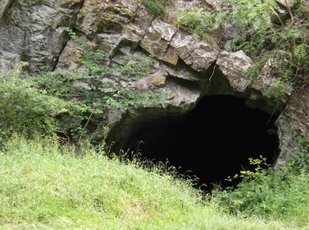 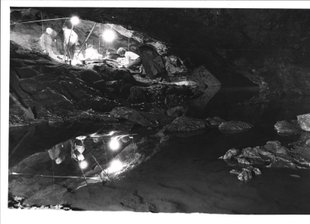 [Image from the C.J. Hawkes Collection]